Kengo Kuma & Associates won the 1st prize for the design proposal of a new city museum for Tome City in Miyagi Prefecture, Japan.

Miyagi Prefecture’s town of Toyoma in Tome City is the castle town that used to belong to Sendai Clan until Edo period. The town is now rebuilding the townscape of old samurai residences, and we are designing a museum to be built at the corner of the street, to exhibit objects that tell the history of Toyoma and culture of samurais.

We divided the body of the museum into smaller volumes, so that human-friendly scale of samurai houses could be restored. We also got an inspiration from the phenomenon that hiwadabuki (hinoki bark thatching) roofing would turn green because of the moss that grows with the passage of time. Here in the project, we combined of local stone and greening roof. 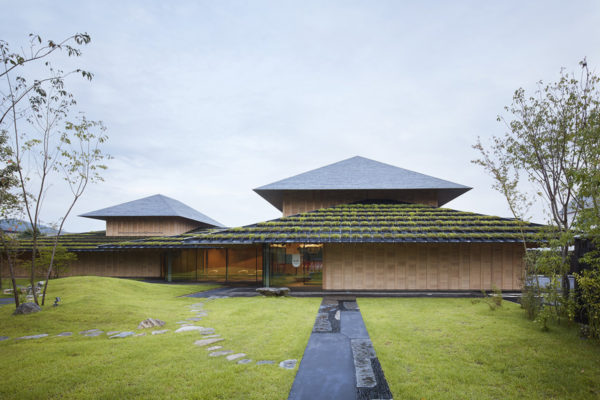