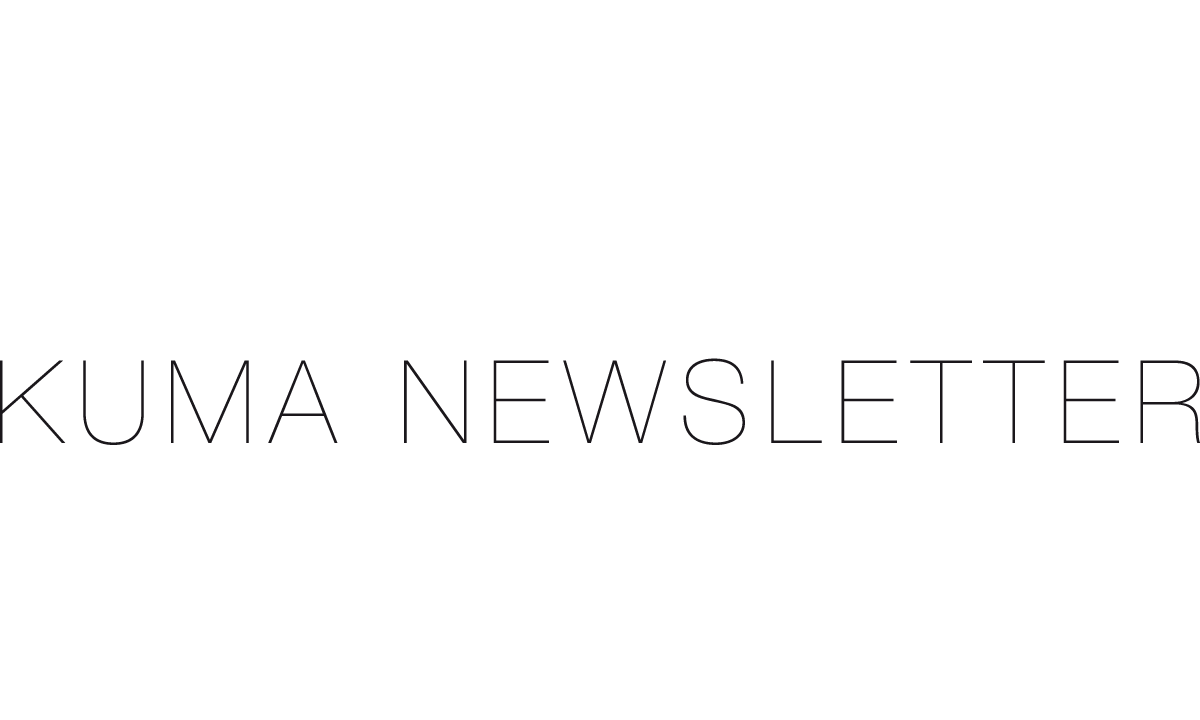 I established the Kengo Kuma Foundation because of my desire to help support students who are studying architecture. The foundation has received approval, and will start operating in earnest this spring.

I was helped by various scholarships when I was young. I received a scholarship from the Japan Securities Scholarship Foundation which was created by a group of securities companies in Japan. This allowed me to travel to various regions to see local architecture and learn about the allure of various regions in Japan. In addition, I met many interesting people involved in other fields at gatherings of recipients, and I really enjoyed making friends. Some of these people remain close friends to this day. Professor Shinya Nakayama who is known for his iPS cell research was one of these recipients, and knowing that he is a fellow recipient makes me want to root for his continued success even more.

I received a scholarship from the Asian Cultural Council (ACC) when I studied at Columbia University in New York as a visiting research fellow. The ACC is a foundation established by John D. Rockefeller that supports artists and art researchers with the objective of promoting cultural exchange between Asia and America. I understand that there are almost no recipients other than myself in the field of architecture, and am grateful that Arata Isozaki who was one of the judges pushed for me, which resulted in the fulfilling year that I spent in New York.

I really enjoyed the exchanges with artists who were staying in New York thanks to the ACC and young American artists, but also consider the time that I spent visiting the studios of American architects that was arranged by the ACC, and seeing what they did on a daily basis to be a huge asset. Seeing that star architects who appeared to be like gods in the clouds to me lived “ordinary” lives while they were doing their work gave me the confidence that I could make a life as an architect. This made me feel that a dream which was far away had moved a little closer.

I recently recalled memories of when I was young, and started to think that it was time for me to help nurture young people as a sign of my gratitude. Small things can change people’s lives in a big way, especially when they are young. A small opportunity can result in a person growing an incredible amount. I would like to help provide opportunities like this.

France, Paris 2020.03 Commercial 299 m2 The store locates in Place Vendôme plaza, which is renowned as the best location for luxury boutiques in Paris. In contrast with applying typical “Marble +Metal” combination, we intended to create a space with co … Read MoreArchitectureS-Lab

Ibaraki, Japan 2020.02 Laboratory, shop 362.33 m2 Adjacent to S-Gallery, we designed a laboratory to conduct research and develop specialty products of Sakai-machi, which aims to function as a base to revitalize the local economy. We tried to create an … Read MoreArchitectureS-Gallery

Ibaraki, Japan 2020.03 Gallery 117.22 m2 We designed a gallery dedicated to exhibit the works by the artist Shuku San Po, who had spent his late years in the town of Sakai-machi in Ibaraki Prefecture. We took advantage the flagpole lot by extending the … Read MoreArchitectureShinwa Controls Nagano Office Alps Ina Factory

Nagano, Japan 2018.8-2020.1 Factory 6400 m2 Inadani is located at the basin surrounded by the Japan Alps. We designed a natural, human-friendly factory that could also convey the atmosphere of the Alps. Having been inspired by the silk of Ina region, w … Read MoreArchitectureMultiplication

Virtual space 2020.08-2020.09 Exhibition Due to the sudden closure of the physical LIXIL gallery space caused by COVID-19, We created a virtual “Kengo Kuma exhibition” made available online. Through the LIXIL virtual Gallery space modeled in 3DCG, vi … Read More